December 24, 2018
My wife's father had removed a wooden propeller from his Stinson 108 many decades ago, replacing it with a metal one. He kept the prop as a keepsake and passed it on to his daughter. I made her this mount, which is 47"x 27" using virtually every tool in my shop. Turned out pretty nice. Weighs about 65 lbs. with the propeller attached. 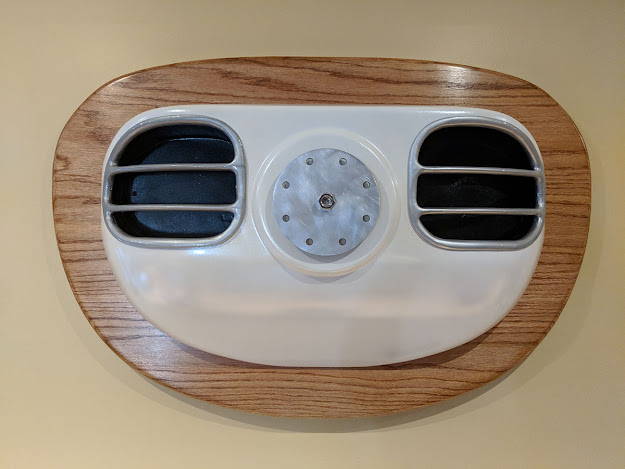 And with the propeller attached:

A humble beginning as a drawing: 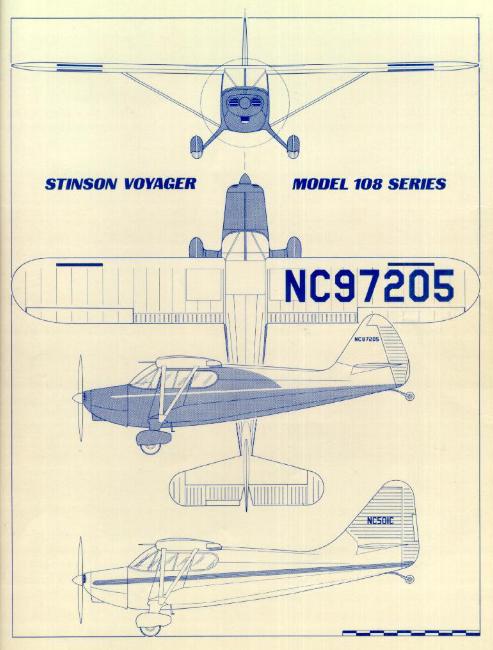 The foam core of the cowl: 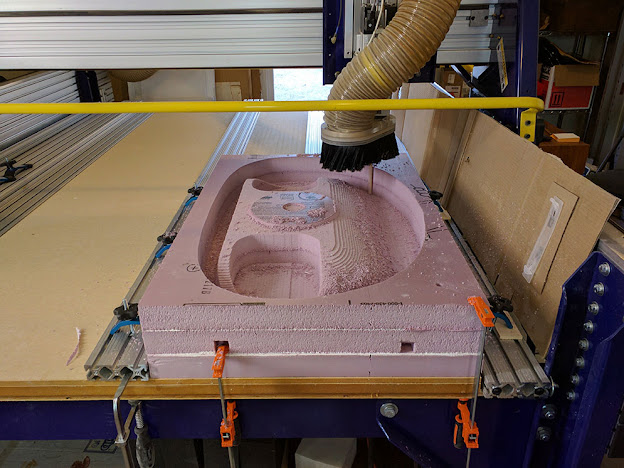 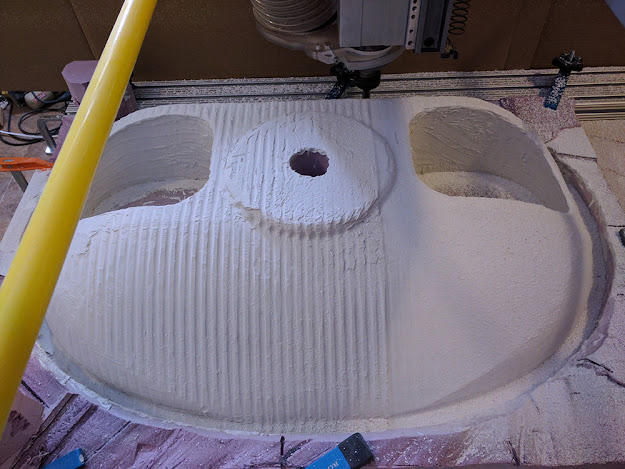 After sanding, a long, drawn out process: 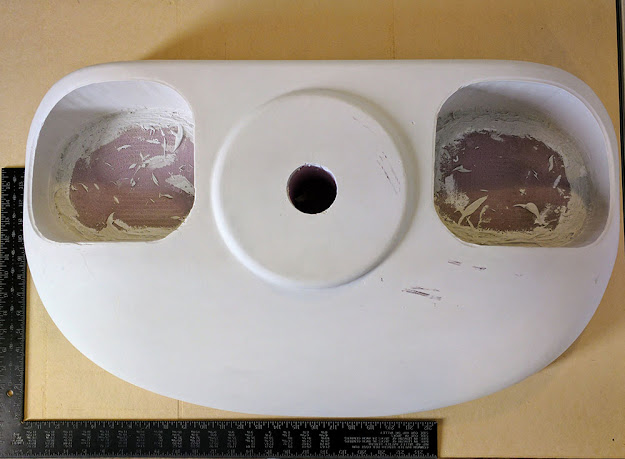 A raft of other components were required.

The base, 1 1/2" thick oak, stained golden oak and clear coated with oil based poly:

A "crankshaft" which was made on the indexer with a 5/8" hole down the center. 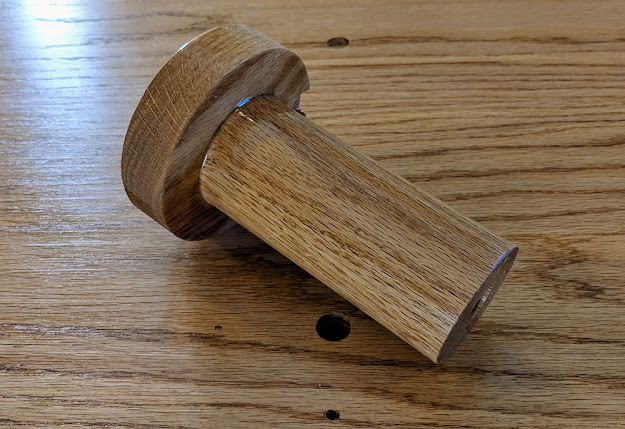 The aluminum plate to mount the prop with, made from bezeled 1/4" plate: 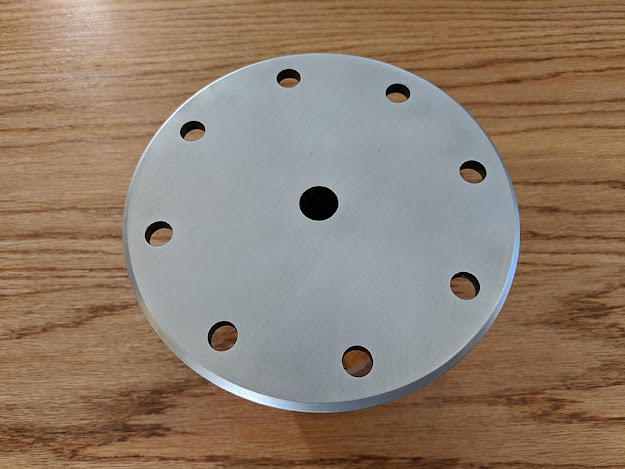 And last, but not least, the grills. These were the most difficult part but hardly visible. I made these freehand from plaster, epoxy and metallic paint: