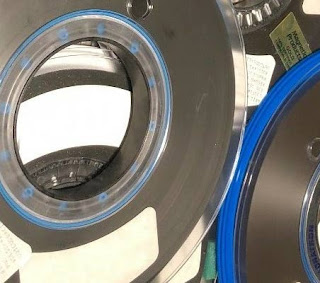 Whenever I see the name STIHL, I think back to the early 90's, when STIHL hired me to do a month long complex data conversion project.

Upon delivery of the finished product, they told me I did a great job and were happy. I asked for my check and I was told it was going to be mailed from corporate. My terms for one time customers have always been payment upon delivery. I made an exception because STIHL was a national brand.

30 days later, no check. I called their office and they told me they changed the specifications and my work was no longer relevant. I wasn't going to be paid. Well, that was an $8,000 mistake on my part.

About three months later, I get a panicked call from a VP regarding the tapes they gave me that I used in the project. The tapes I had were their only copies and they needed them back fast. I told the VP that yes, I had the tapes. He asked how quickly I could get them down to their office. I replied "I can see them from where I sit and they are safe and intact." He asked if I would bring them down immediately and I said "Sure, how quickly do you want them?" He responded "We're down and need them to restore our system." I replied "I can have them to you in an hour." He thanked me profusely and went on and on how they had never made a backup. I replied "I can have them there in 20 minutes." A pause of silence, then "I have your check." I replied, "You need to cut a new check as the amount is wrong." He was puzzled and went over my invoice and the check amount. "Did you read the contract we signed?" He said no. "I have a late fee of 30% per month. Your company agreed to the terms and now it's 90 days late. That's 30% compounded monthly in late fees." He swore angrily and slammed the phone down.

I went back to work and started whistling a happy tune. About twenty minutes later, the VP of operations, his boss, called me, hat in hand, asking if we could negotiate on the late charges. We settled on $12k. I drove the tapes down to their office, and a very pretty young lady comes running out, excited "Please give me the tapes, we need them!!!!". I said "Well hold on their missy. Where's my check?" She said "It's coming! I need the tapes." I responded back how I'd love to give them to her but my terms, as always, are payment on delivery. (Fool me once, shame on you. Fool me twice, shame on me.).

I sat there and waited nearly two hours as they fumbled around. Right before lunch, some low end secretary came out with two checks. One for $8k and another for $4k. She handed me the checks, I handed her the tapes. Nobody actually looked to see if they were real. I guess they trusted me. Odd. I made the deposit fully expecting the checks to be stopped but they had the sense not to do something so foolhardy.

Ever since then, when I see the name STIHL, I feel a sense of both rage and intense satisfaction.

Funny thing, when they gave me the tapes at the start of the project, they told me to be careful as they were the only copies. Hmmm.

It's always good to keep a little leverage.